Posted on March 3, 2014 by EssentialYoga Studio 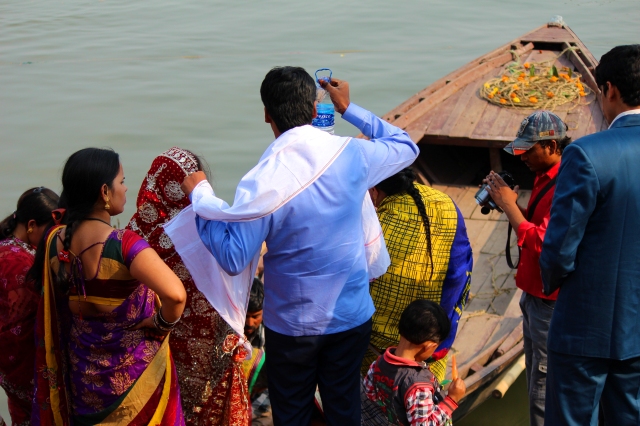 During my travels through India, the topic of arranged marriages and romantic love kept cropping up as a subject of conversation.  The majority of Hindu marriages are still arranged by the parents, although this is changing in larger cities like Pune and Mumbai.  However, in Northern India this is still the norm. Here, most of the people never met their bride (or groom) prior to the wedding.

All decisions pertaining to the marriage, beginning with the choice of a partner, to the date and economics of the wedding, are taken by the parents of the respective families.  The marriages still must be of the same religion and caste.

Before marriage negotiations take any definite form, individual horoscopes of the boy and girl are evaluated to determine if the couple is suited to each other. These horoscopes are quite elaborate and much more detailed than our Western notions of zodiac signs and astrological compatibility. If the numbers don’t work, the negotiations come to a halt and a new match is sought after.

Were they happy?  Some were very much in love proudly showing me photos of their wives and children, while others said they just accept who they have been matched with and make it work.

One of my guides in Jaipur said,

Roberta Dell'Anno E-RYT 500, Certified Yoga for Scoliosis Trainer Owner EssentialYoga Studio. Roberta has been practicing yoga since 1988 and teaching yoga since 2004. She has studied extensively under master yoga teachers Patricia Walden, Zoë Stewart, Sri Arun H.S., Elise Browning Miller, and others. She completed a two year Iyengar Yoga Teacher Training program with Sr. Iyengar Teacher, Peentz Dubble in June 2017. Roberta has studied yoga at the Ramamani Iyengar Yoga Memorial Institute in Pune, India during June 2011, February 2014, attended Abhijata's 2-week intensive in Pune, India, December 2016 and BKS Iyengar's Centenary 10-day intensive taught by Prashantji & Geetaji, December 2018. She completed training and certification with Elise Browning Miller as a 'Yoga for Scoliosis' instructor in 2014, completed a 500 hour Hatha Yoga Certification program with AURA Wellness Center in 2005 and is registered with Yoga Alliance as an E-RYT 500. She has been a Certified Meditation Teacher since June 2007 and an Usui Reiki Practitioner since 1989. The studio provides individual & specialized privates, semi-privates, group private sessions, and yoga workshops. Roberta conducts local and out of town workshops. She specializes in yoga for scoliosis and back care. She uses props to help students and teachers of all levels transform their backbends, twists, standing and seated postures, as well as inversions like sarvangasana (shoulderstand). She also works with individuals who have physical challenges, specifically individuals with Multiple Sclerosis, CMT, Parkinson's Disease, scoliosis, and amputees in private, semi-private and group sessions.​​​
View all posts by EssentialYoga Studio →
This entry was posted in india, travel, Uncategorized, yoga and tagged arranged, happiness, horoscopes, love, marriages, northern india, romance, romantic. Bookmark the permalink.