Posted on February 23, 2014 by EssentialYoga Studio 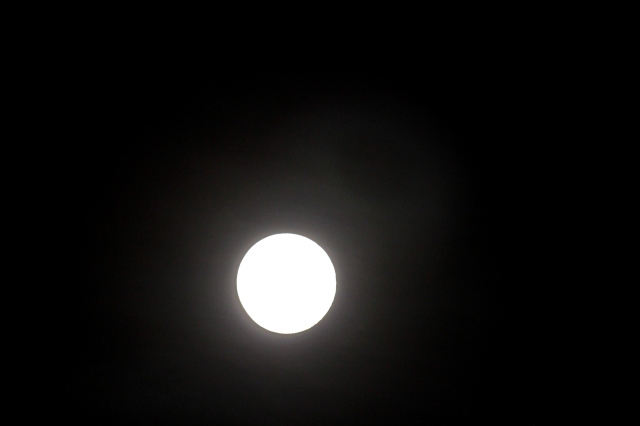 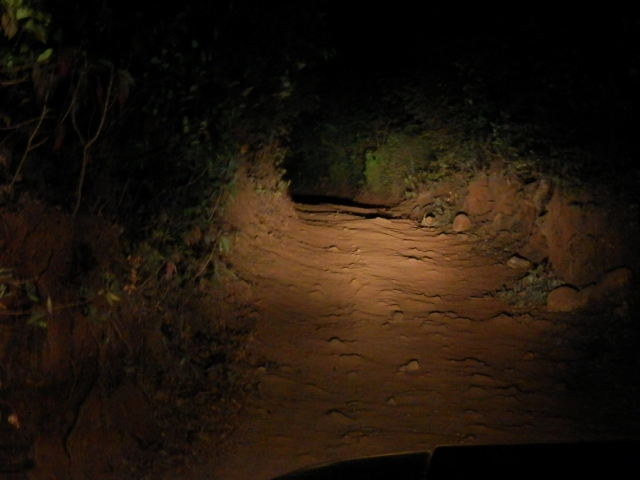 The jungle road we traveled.

Nightjar on the road

The Radhanagari Wildlife Sanctuary is a located in Kolhapur, Maharashtra.  It is known as the bison sanctuary.  The Indian Bison (Bos gaurus) is beautiful!  I was so taken aback by how big it was, I couldn’t get my camera up fast enough to take a photo.  It has a white nose, white legs up to the knees and it was almost as big as the jeep I was sitting on.

The jeep and my guides 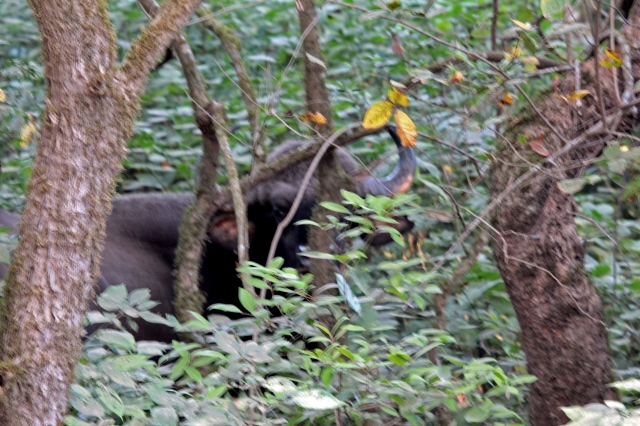 A missed photo opportunity of the Indian Bison

Me on a jeep…no surprises there.

The sanctuary is also home to the rare and globally threatened Nilgiri wood-pigeon (Columba elphinstonii). I captured a mediocre photo of this lovely bird.  I also saw mongoose, night jars, barking deer and the infamous giant red squirrel! 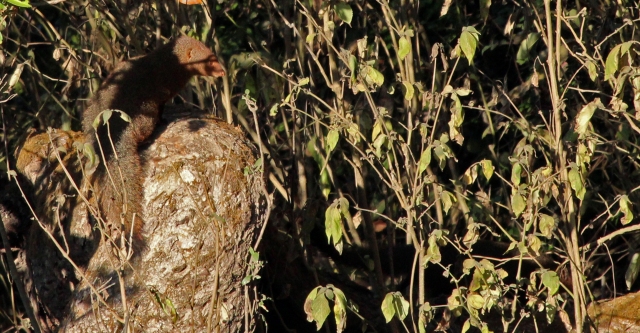 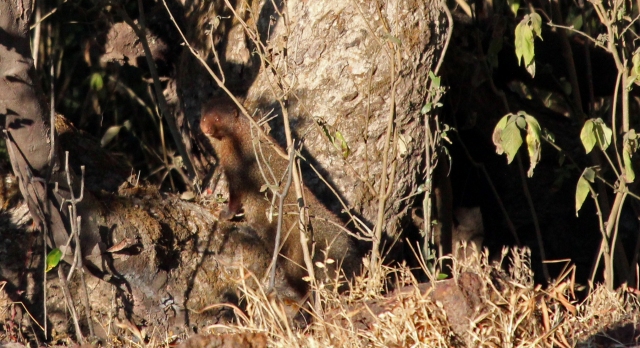 I took photos of an Indian Leopard foot print and asked if I could hike off-trail to look for it.  The answer was a resounding, NO!

View from a ridge