Posted on February 17, 2014 by EssentialYoga Studio

I gave Amin a list of places I wanted to visit. He looked and said.  “This place is very far.  It’s an hour outside of Pune.  Do you want to go?”

We headed off to Dehu to visit the Sant Tukeram Temple.

Sometimes you need to close your eyes when driving in a rickshaw in the city; the narrow misses can be heart-stopping.  Once you are on the highway, a rickshaw is a peaceful place.  The lack of doors brings an openness not afforded in cars, you can connect with people next to you when the traffic slows, brief conversations can be had with families on motorcycles, food can be purchased, photos can be taken.  I think I want a rickshaw.

My driver went to park and I went into the temple.  It’s not the temple I had expected to visit.  This was a small, intimate temple along the river crowded with people.

When I came out I didn’t see my driver so I took a walk along the river.  I watched people washing their clothes, took photos, made small talk with my 10 words of Hindi. 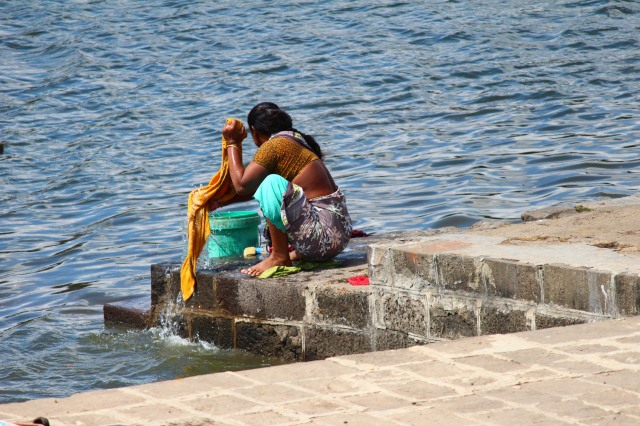 We laughed, I was decorated with a tilak, and finally wandered back to where I last saw my driver.  He was pacing back and forth looking a little panicked, “I thought I lost you”, he said. 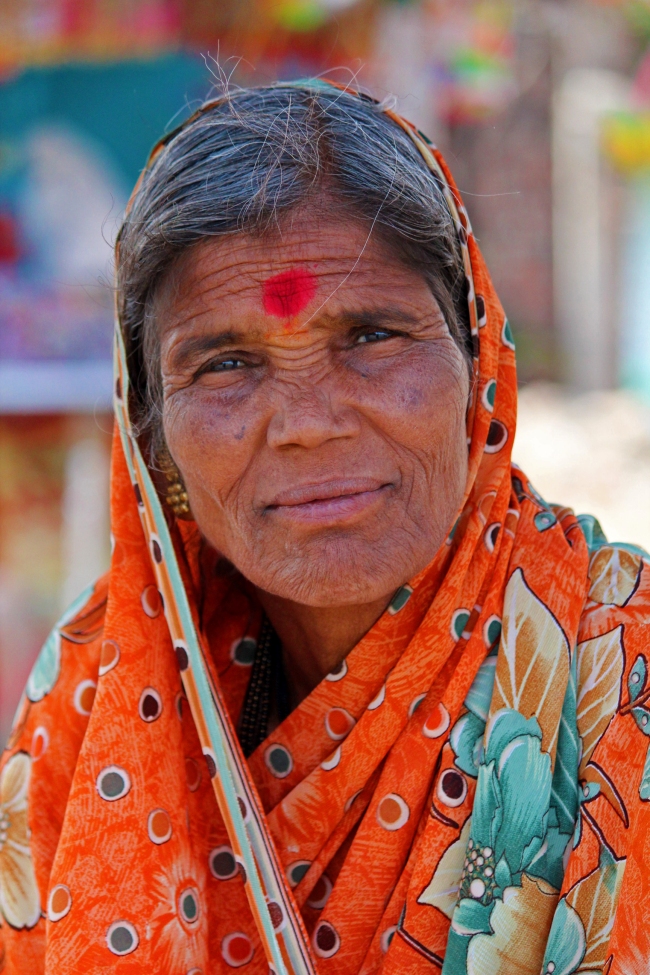 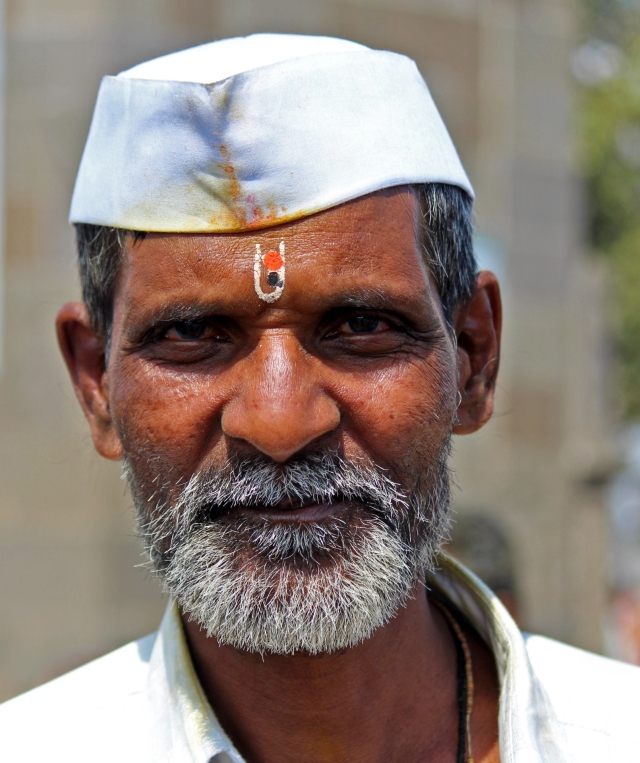 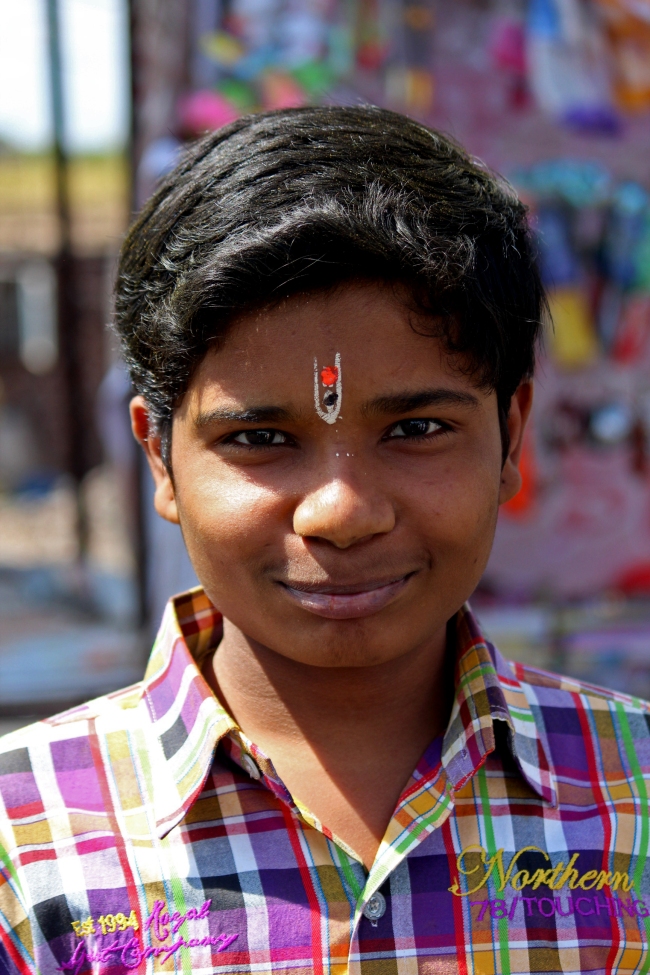 Roberta Dell'Anno E-RYT 500, Certified Yoga for Scoliosis Trainer Owner EssentialYoga Studio. Roberta has been practicing yoga since 1988 and teaching yoga since 2004. She has studied extensively under master yoga teachers Patricia Walden, Zoë Stewart, Sri Arun H.S., Elise Browning Miller, and others. She completed a two year Iyengar Yoga Teacher Training program with Sr. Iyengar Teacher, Peentz Dubble in June 2017. Roberta has studied yoga at the Ramamani Iyengar Yoga Memorial Institute in Pune, India during June 2011, February 2014, attended Abhijata's 2-week intensive in Pune, India, December 2016 and BKS Iyengar's Centenary 10-day intensive taught by Prashantji & Geetaji, December 2018. She completed training and certification with Elise Browning Miller as a 'Yoga for Scoliosis' instructor in 2014, completed a 500 hour Hatha Yoga Certification program with AURA Wellness Center in 2005 and is registered with Yoga Alliance as an E-RYT 500. She has been a Certified Meditation Teacher since June 2007 and an Usui Reiki Practitioner since 1989. The studio provides individual & specialized privates, semi-privates, group private sessions, and yoga workshops. Roberta conducts local and out of town workshops. She specializes in yoga for scoliosis and back care. She uses props to help students and teachers of all levels transform their backbends, twists, standing and seated postures, as well as inversions like sarvangasana (shoulderstand). She also works with individuals who have physical challenges, specifically individuals with Multiple Sclerosis, CMT, Parkinson's Disease, scoliosis, and amputees in private, semi-private and group sessions.​​​
View all posts by EssentialYoga Studio →
This entry was posted in Uncategorized and tagged dehu, india, rickshaw, temple, tilak. Bookmark the permalink.