What is the correct hand and arm placement in Headstand (Salamba Sirsasana)?

Posted on March 17, 2010 by EssentialYoga Studio 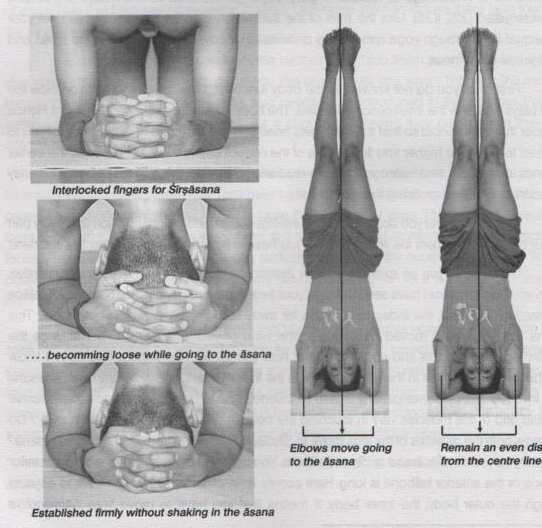 The fingers should be interlocked and fit together without spaces and without gripping. Think of the interlocking of your fingers as the dove-tailing found in fine furniture. The top of the thumbs should touch, not fold over each other. The radius bone at the wrist should be perpendicular to the floor as show in the top left photo.